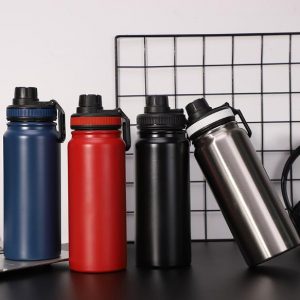 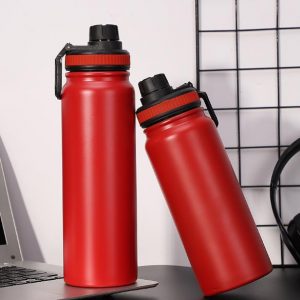 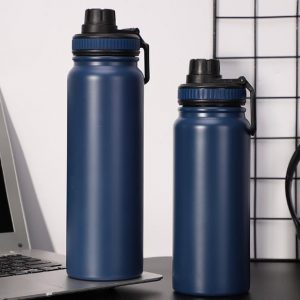 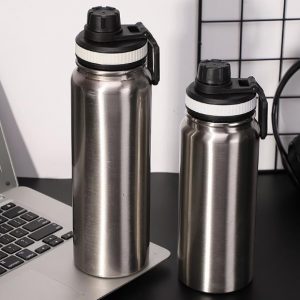 Material: Stainless steel
Capacity: 600ml,800ml
Color: black, red, blue, silver
Application: travel, sports
Made of 304 stainless steel, high temperature resistance, high toughness, healthy material, non-toxic and no odor. Rotate the leak-proof lid, you can easily drink water even during exercise, one-handed operation, the rotary switch pops up the lid. The lid of the cup is made of PP material, with a silicone ring inside, which will not release harmful substances in contact with liquid, and is safe and leak-proof.