Can the thermos cup be used if it is rusty? 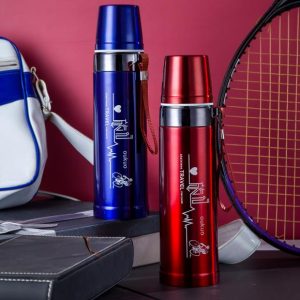 Rust on the mouth, bottom or shell of the thermos: This phenomenon can be said to happen frequently, because the outer shell of the thermos is made of 201 stainless steel, and it is easy to rust when it comes into contact with acidic liquid or salt water. Because 201 stainless steel is easy to rust and has poor corrosion resistance, the cost is relatively low. As long as the cheap products on the market are insulated cups made of liner 304 and shell 201.

Tips for buying a vacuum flask
It is to see whether there is sus304 or 18/8 and sus316 on the inside of the thermos flask. If so, see the next step; the second is to see the manual, whether the manufacturer, origin and other information are indicated; the third is the certificate; the fourth A cup with no buzzing sound on the interlayer is not a thermos cup. Put the thermos cup on your ears, and there is no humming sound inside the thermos cup, which means that this cup is not a thermos cup at all, so such a cup will definitely not be insulated. As long as these four points are met, you can buy it, at least you can ensure that the inner tank will not rust and you can drink water healthily.