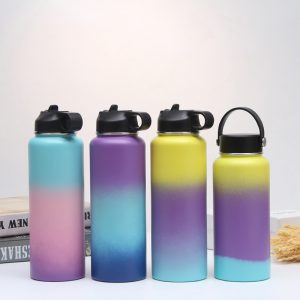 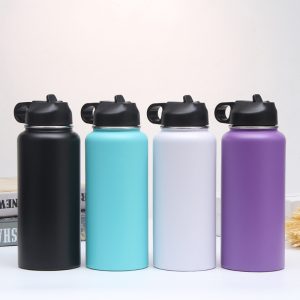 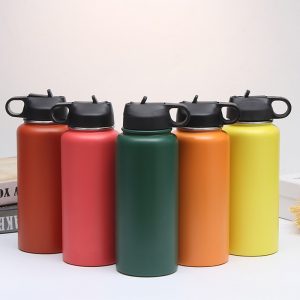 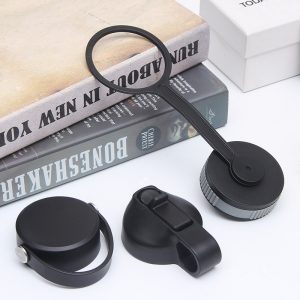 Material: Stainless steel
Capacity: 500ml,700ml
Color: blue, black, white, purple, red, etc.
Use: daily outing, travel, etc.
The inner tank is made of 304 stainless steel, which is resistant to corrosion and oxidation. The cup body adopts plastic spraying method, which is comfortable to the touch and keeps warm and cold. The recessed design at the bottom of the cup effectively prevents slippage. The handle design is convenient for travel.